Half Deaf Is Better Than All Dead

Edit
watch 01:36
We're Getting Mutants in the MCU - The Loop
Do you like this video?
Play Sound

A botched museum heist in Harrisburg has unintended consequences, as Lucas, Carrie and Job renew their partnership, at least for the moment. Later, after coercing redneck henchman Arno to offer up incriminating evidence, Lucas and Emmett arrest Proctor for Hanson's murder, but are detoured on the way to the jail. Sugar looks for a cut; Kendall gets roughed up; Lucas and Carrie love the ones they're with..

Lucas tries to steal a painting from the Harrisburg State Museum, but he sets off the alarm and gets trapped inside. He calls Job to help him out of the jam, and at the same moment, Carrie calls to ask Lucas to stay away from her family. Switching between the calls, Lucas accidentally reveals to Carrie that he's on a job. Lucas steals a state trooper's uniform to make his escape, but he's soon spotted and surrounded. Just when the situation looks hopeless, Carrie arrives in her family's SUV and picks him up. Once they're safe, Carrie tells Lucas that she only saved him to stay off of Mr. Rabbit's radar.

The next morning in the sheriff's office at the Cadi, Lucas finds Kat Moody waiting for him, with a warning that the Moody boys are looking for revenge for their brother's death. State Senator Schumacher is also at the office. Schumacher wants to know what Lucas has done to bring justice for his son. Lucas brings in Deva--much to Carrie's dismay--and she identifies Arno Webber as an associate of Hanson, the man who organized the rave and sold the tainted drugs.

Lucas and Deputy Yawners pay a visit to Arno in his neo-Nazi enclave. Arno runs, but Yawners catches up to him and breaks his nose. To avoid prison, Arno produces a severed hand from his freezer--and a video he shot of Proctor and Burton disposing of the rest of Hanson's body.

Lucas and Yawners arrest Proctor in his home. As they drive away, their car is struck by the Moodys' truck. The boys are looking to exact revenge for the sheriff's killing of their brother Marcus. As they debate whether they should kill Proctor as well, Lucas takes them out one by one, and severs one of the brother's ears. Lucas decides to let them go and resume bringing Proctor in, telling Yawners that he's "prioritizing." When the three bloodied men get to the station, Proctor's attorney assumes Hood assaulted Proctor, to which Hood simply slams the attorney against a wall and says, "Quiet", frightening him into doing just that.

Carrie takes a bath and reminisces on her and Lucas. She feels her lust rising as she remembers last night's getaway. Still naked and dripping wet, she goes to her husband and they make passionate love.

Lucas later explains to Sugar that he didn't want the added scrutiny that would have come with more dead bodies. Sugar tells Lucas that whatever the next job is, he wants in. Outside the Cadi, Lucas has a visitor waiting for him: Job has come to Banshee. Mayor Kendall stops by the Cadi to see Proctor, who has a history with the young man's father. When Kendall threatens Proctor, the older man viciously chokes and belittles him. In court, Proctor enters a plea of not guilty. Given the slew of previous failed charges brought against him, the judge decides to let Proctor out on bail. After hearing that the prosecution has an eyewitness, Proctor asks Burton to look into it.

Lucas finds Kat Moody on his stairway. After sharing a cigarette she warns him the Moodys will keep coming back. As she prepares to leave Lucas asks why she's at his house. She replies she doesn't know. The scene then cuts to the two having rough sex in Lucas' bed. Outside, Carrie is in her car watching Lucas walk out of his room with a smile on her face. It quickly disappears as she sees Kat leave. Carrie holds the necklace that Lucas gave her 15 years ago.

That night, Brock keeps an eye on Arno at a motel. There's a knock on the front door, and as Brock prepares for an assault, the wall behind Arno explodes. Losing consciousness, Brock watches as Arno is carried away.

In the post-credits scene, we see Kai Procter with his back turned in the shower, who suddenly lets out a scream. 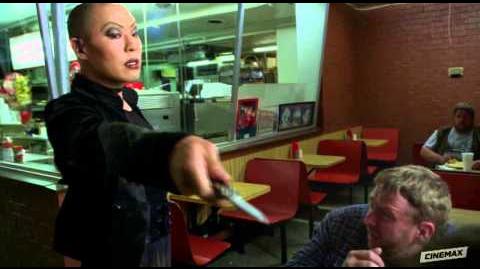 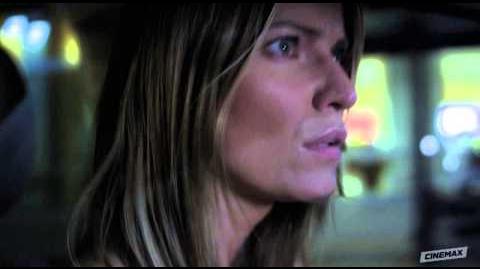 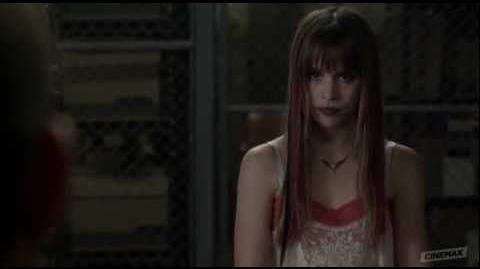