A mixed martial arts title bout is being planned at the local Kinaho Moon Casino, run by tribe leader Benjamin Longshadow and his son Alex. Huge profits are anticipated for Banshee investors, but the enterprise is threatened when the champion angers Lucas.

Carrie sneaks into Mr. Rabbit's New York City apartment and holds him at gunpoint. She offers him a deal-she'll give him the diamonds she stole if he leaves her and her family alone. Rabbit makes a counteroffer: Deliver Lucas and she'll be free. Carrie knocks him out with a sedative, kisses him on the cheek and tells him, "Goodbye Daddy."

In Banshee, Proctor works with local Native American tribe leader Benjamin Longshadow to hold a mixed-martial arts bout, over the protests of the chief's son Alex Longshadow. The fighter, Sanchez, spars with the town's marines at the Kinaho Moon Casino and tries to engage Lucas in the ring too, but the sheriff declines the offer. He's there to see Proctor about the drugs found on the body of the state senator's son.

Lucas sees the Hopewells at the boy's funeral and Gordon invites him over for dinner. When Carrie and Lucas are left alone, she tells him he's changed-he used to be kind. After being forgotten about for 15 years, Lucas feels he has reason to be unkind and storms out of the Hopewell home. He goes to Sugar's bar to drink off his anger, and sees Rebecca, the Amish girl he slept with earlier. They sleep together again, while Sugar calls someone and says, "Look, you told me to call if she came back again. Well, she's back." Rebecca walks outside the bar to see her uncle -- Kai Procter -- waiting for her. He reprimands her for continuing to rebel against her upbringing, much like he did. That night, Carrie offers Lucas the diamonds in exchange for him leaving her alone, but he won't be bought off.

At the casino, a waitress arrives at Sanchez's trailer with a bottle of champagne, just as he requested. The two begin having sex, which gets increasingly rough. Sanchez turns violent and proceeds to rape and beat her. Lucas and Siobhan visit the girl in the hospital and decide to arrest Sanchez immediately at the pre-fight cocktail party. Proctor pleads with Lucas to wait until after the fight, but Lucas is having none of it. He approaches the fighter to arrest him, and they engage in a vicious brawl. The sheriff takes his share of damaging hits, but manages to bite and claw his way on top. He breaks the fighter's fingers and arm in front of a stunned group of onlookers, including his impressed deputy.

Sugar helps a battered Lucas home, where Proctor comes to see him. He wants to work out a deal with the sheriff, but Lucas says he isn't afraid of him. "Maybe you should be," Proctor cautions.

Clay Burton approaches Dern, Sanchez's manager, and requests the satchel of money that Procter gave Dern for the fight. Dern refuses and goes inside Sanchez's trailer. Burton follows him in, and beats Dern savagely. A worker at the Kinaho Moon publishes a video of Hood and Sanchez's fight to Youtube.

In the post-credits scene, a bloody Burton leaves Sanchez's trailer with the satchel of money. 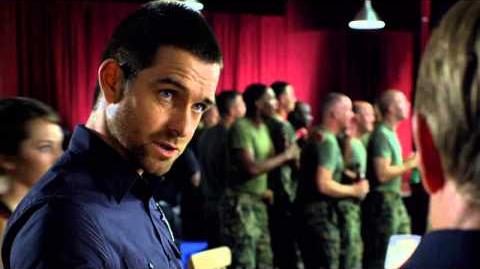 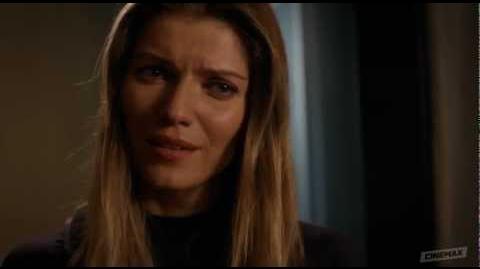 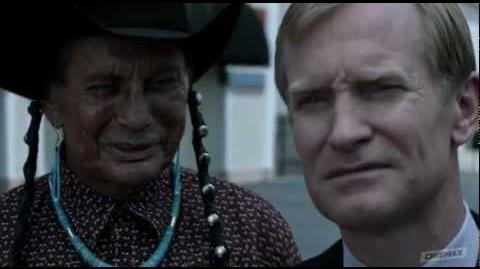 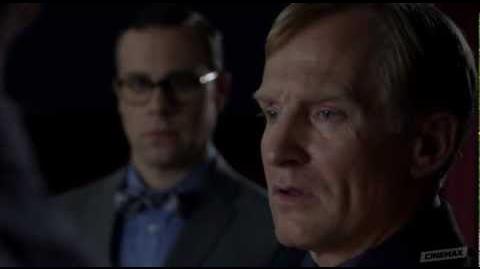 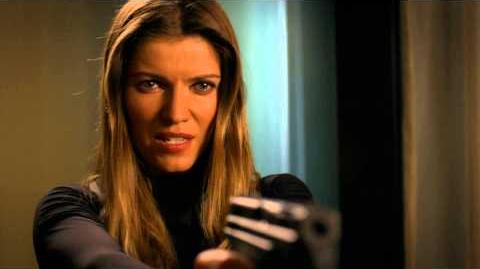