Edit
watch 01:36
We're Getting Mutants in the MCU - The Loop
Do you like this video?
Play Sound

Proctor's desperate underling Hanson decides to hold a rave in an Amish barn, selling homemade E pills stolen from Proctor to Banshee youth including Deva, Carrie's rebellious daughter. Catching wind of the plan, Lucas and his team orchestrate a raid, but the effects of a tainted batch of pills send many revelers into convulsions, with one notable fatality.

Lucas' dreams are haunted by his memory of Ana. He recalls their secret love affair and the last night they spent together--when they were caught stealing $10 million worth of diamonds from Mr. Rabbit. Lucas led the cops away so she could escape, landing himself in prison for 15 years.

In the morning, Lucas crashes an open house that "Carrie" is hosting as a realtor. He pulls her into a room, kisses her and tells her he loves her. She fights him off, kisses him back, punches him in the face, and tells him if he really loves her, "You'll leave here and never come back."

Hanson, a drug dealer who works for Kai, prepares to throw a rave in an Amish farmhouse. Deva's friend Reed, the son of a state senator, drives her and a friend to Hanson's where he sells them drugs and invites them to the party.

Lucas returns to the sheriff's office to find an angry Brock waiting for him, but forces the deputy to back down. Proctor arrives and warns Lucas that the Moody boys will be after him for killing their brother Cole. Kai offers to take care of the problem, but Lucas shuts him down. Lucas calls Job, who notifies the new sheriff that his cover is safe for now. Kai pays a visit to Sugar, who warns him that Lucas is serious business.

That night, the mourning Moody clan holds a wake for their brother at The Forge. Kat, Cole's widow, spots Hood eating their food and confronts him, though is revealed to not be sad about her husband's death. Two of Cole's brothers come after Lucas with their guns, but the unintimidated Lucas antagonizes them until Sugar is able to defuse the situation.

An Amish elder finds out about the rave and informs the local police. Lucas recognizes the elder's daughter, Rebecca Bowman, as the young woman he had sex with the night before, only now dressed in Amish garb.

The Banshee Sheriff's Department prepares to move in on the rave, which Hanson sets up to sell drugs to the local teens. The batch has been tainted, though, and several of the partiers start seizing, including Reed, while dancing with Deva.

Lucas punches his way inside the farmhouse and looks for the man in charge. Hanson spots him and takes off, firing a gun in the air as he goes, with Lucas in hot pursuit. Lucas takes out one of Hanson's men, and Deputy Yawners helps him out with another, but Hanson escapes back to Proctor's home. Upset with the mess the dealer has made in his own backyard, Proctor cuts off his finger with a steak knife. He feeds it to his Rottweiler, and offers Hanson a 60 second head start ... but the dog chases him down and rips him apart.

Paramedics are unable to revive Reed, and Lucas brings a distraught Deva home after talking to her about making sense of death. Deva runs into her father's arms while Carrie looks at Lucas from above.

In the post-credits scene, Kai Proctor and Clay Burton drag a bodybag into a shed and proceed to cut it into pieces. 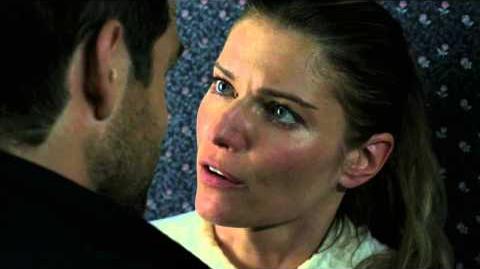 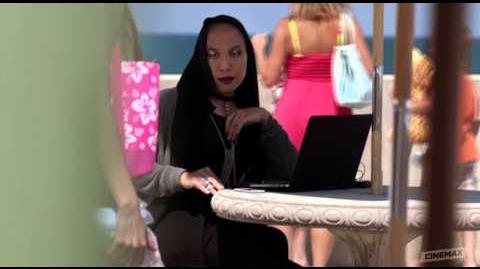 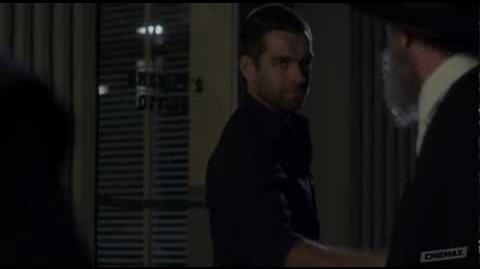 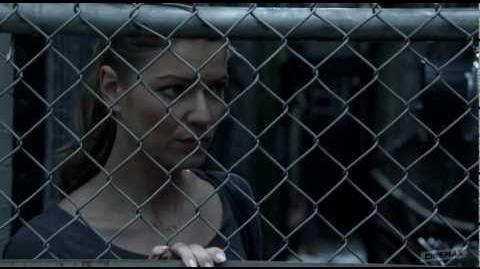